Back to the Balkans, Tamara Scarlett-Lyon 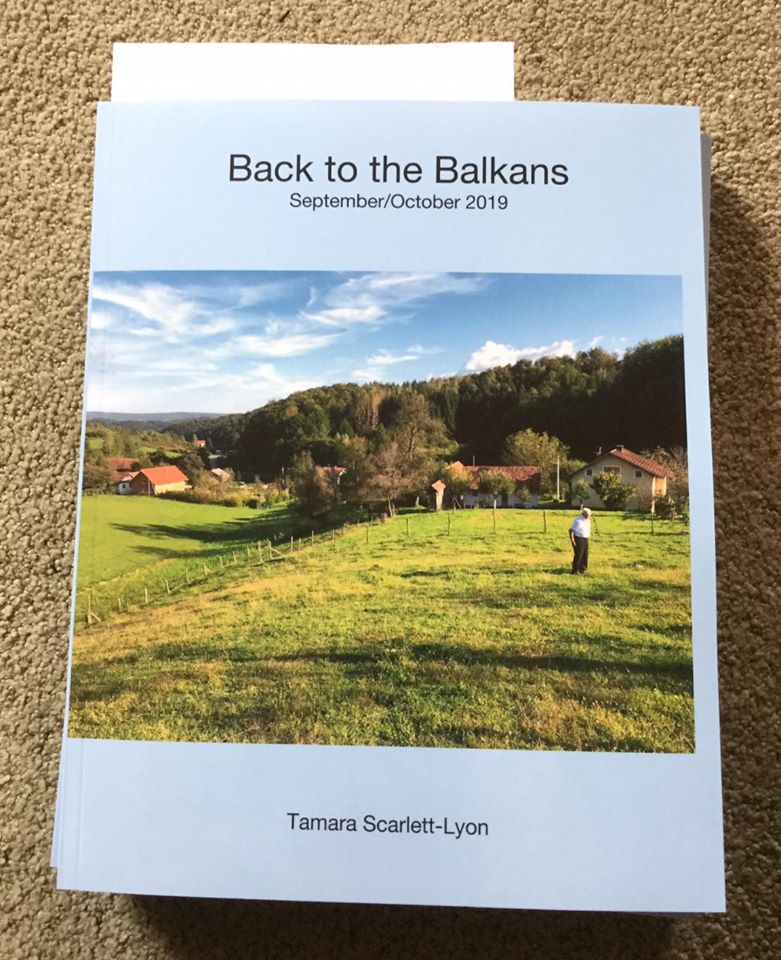 Despite reading numerous books and articles old and new about the complicated history of the Balkans, and
talking with relatives, hosts and family about Balkan history I have a difficult time keeping things straight in
my mind, which is why I won’t attempt to explain the history of the region. If you are interested I suggest
reading a wide range of books written by a variety of people from various backgrounds to help you get a
sense of the complexities of the region. What I can simplistically but fairly say is the region is and has been
influenced and fought over by powers to the east and to the west, the north and south, with much tribe-like
and national fighting among groups within the region. Despite many wars, empires, and shifting boundaries
over many centuries the people we’ve met have been welcoming, generous, good-natured and fun.

Introduction
My initial interest in the Balkans, particularly Serbia and Montenegro, stemmed from the fact that all four of my
great grandparents on my dad’s side were Serbs who came to the USA from what was then the Austro
Hungarian Empire around 1900. I did not grow up around Serb or Serbian-American culture but even as a child I
was aware that my paternal grandmother (who grew up in a Serb-American part of Pittsburgh ) lived a very
different life than my ‘wasp’ maternal grandmother who lived in the suburb where my mother (and I) grew up.
I did not become actively interested in learning about Serbia and the region that made up Yugoslavia and its
history and cultures until more than a decade after my dad died in 2000. While poking around in a drawer full of
my dad’s old files at my mom’s apartment in around 2013 I came across copies of old emails about family history
between my dad and his cousin, Lud, who lives in Dayton. On a whim I emailed Lud and we began a friendly
back and forth. Lud shared much family info with me and put me in touch with several distant cousins who still
live in Serbia and a Serb region of Croatia.
My communication with Lud and introductions online to family led to my sister Kendra and I taking our first trip to
the region in May 2014 with hope of meeting our relatives. Massive storms, flooding and landslides kept us from
meeting family on that trip but we loved Croatia and the following year returned to the area with our husbands
and on that trip met Ljubo in Belgrade and Rada and her family in Loznica.
Since then my husband Jim and I have visited three more times, each time feeling a little less like a tourist and
more connected to our family and friends in the region. Before each trip I think there is no way our upcoming trip
can be as good as our prior trip yet all five of my visits to the region have been rich, satisfying, nourishing and
equally wonderful. If finances, health and politics allow we would love to return again. Once we no longer have a
dog at home to arrange care for we would like to go for an extended stay of several months. For now I feel lucky
to have five trips worth of memories that continue to enrich me, as well as the internet that allows me to keep in
touch with family and friends…